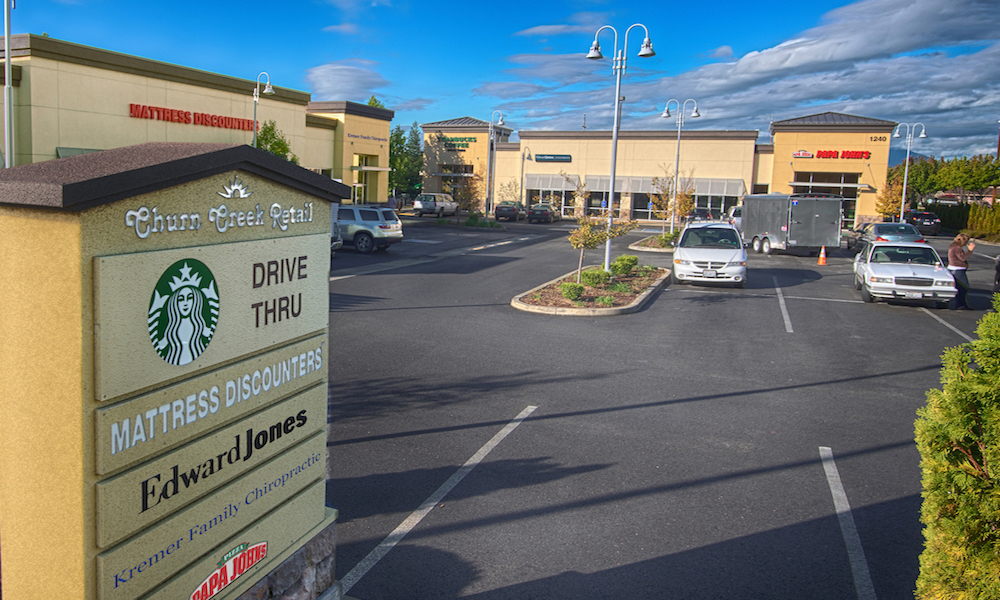 Preserve West Capital purchased the retail building located at 1230—1240 Churn Creek Road in Redding, CA, from Bank of the West. The property is well positioned as an outparcel to The Home Depot and is tenanted by Starbucks, Mattress Discounters, and Papa John’s. The rent roll was approximately 40% vacant at the time of purchase and will be stabilized under the new ownership. During escrow, the Mattress Discounters lease was renegotiated to extend the lease term for an additional five years, securing a total term of 10 years. The asset was acquired for $131 per square foot, which is below replacement cost. Under the new ownership, two new leases were signed, increasing the occupancy to nearly 84%. The property was sold for $5,560,000.